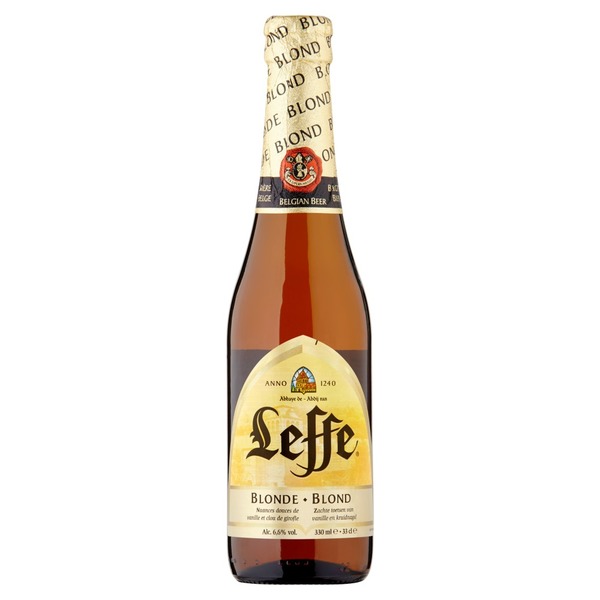 ABV 6.6% 330ML
In the fifties, an extraordinary meeting took place that all beer enthusiasts should raise their glass of Leffe to. The abbey’s Father Abbot Nys became acquainted with Albert Lootvoet, a master brewer. Passionate about the future of the brewery, Father Nys was upset to have to witness how, since the unpleasant stay of the French revolutionaries, the brewery had slowly fallen into decline and had eventually had to close its doors in 1809. Such a magnificent place could not be forgotten, he believed, and he vowed to bring the Leffe beer back. Father Nys and the brewer set about the challenge with vigour…and succeeded. Shortly after, the Leffe brewery was back in full effect. After Leffe Brown, a beer that shone brighter than the sun saw the light of day; they named it Leffe Blond – a beautiful chapter for Leffe indeed.

Leffe Blond is the flagship of Leffe. The unique recipe is the fruit of centuries of experience in the art of brewing, which brings a broad palette of aromas into balance. It is elegant, smooth and fruity, and it has a spicy aftertaste with a hint of bitter orange. Its light, sunny colour is due to the use of pale malt. Leffe Blond contains 6.6 % alcohol and fits excellently with a wide variety of dishes. It is best at a temperature of 5° to 6° Celsius. A thirst-quenching aperitif, for those relaxing moments with friends and family.